I’m delighted to announce the release of Debezium 0.9 Final!

This release only adds a small number of changes since last week’s CR1 release; most prominently there’s some more metrics for the SQL Server connector (lag behind master, number of transactions etc.) and two bug fixes related to the handling of partitioned tables in MySQL (DBZ-1113) and Postgres (DBZ-1118).

Having been in the works for six months after the initial Alpha release, Debezium 0.9 comes with a brand new connector for SQL Server, lots of new features and improvements for the existing connectors, updates to the latest versions of Apache Kafka and the supported databases as well as a wide range of bug fixes.

Some key features of the release besides the aforementioned CDC connector for SQL Server are: 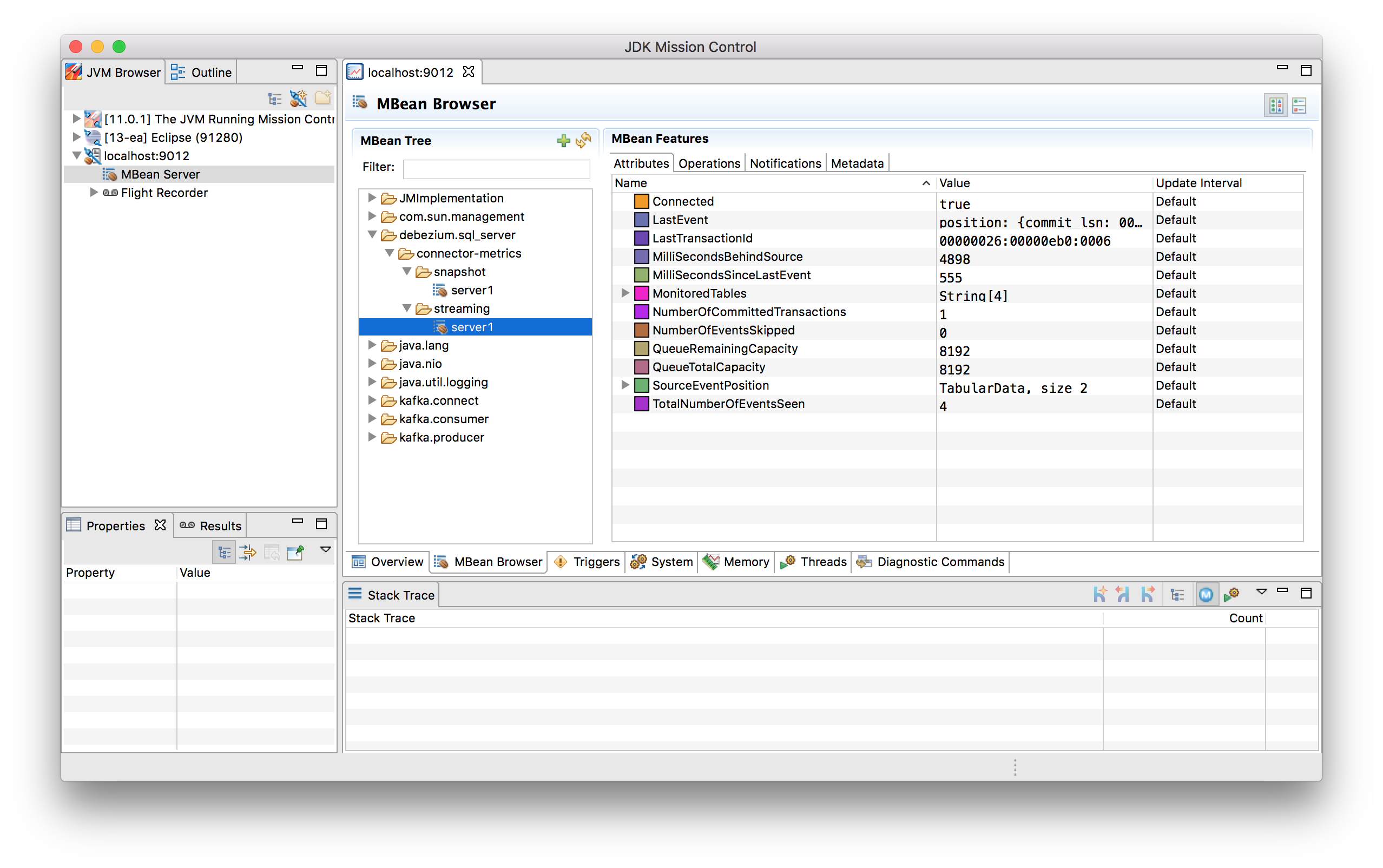 The list above is far from being exhaustive; please take a look at the preview release announcements (Alpha1, Alpha2, Beta1, Beta2 and CR 1) as well as the full list of a whopping 176 fixed issues in JIRA.

It’s hard to say which of the changes and new features I’m most excited about, but one thing surely sticking out is the tremendous amount of community work on this release. Not less than 34 different members of Debezium’s outstanding community have contributed to this release. A huge and massive "Thank You!" to all of you:

When upgrading from earlier Debezium releases, please make sure to read the information regarding update procedures and breaking changes in the release notes. One relevant change to the users of the Debezium connector for MySQL is that our new Antlr-based DDL parser is used by default now. After lots of honing we felt it’s time for using the new parser by default now. While the existing parser can still be used as a fallback as of Debezium 0.9, it will be phased out in 0.10.

After some drinks to celebrate this release, the plan is to do a 0.9.1 release rather quickly (probably in two weeks from now), providing improvements and potential bug fixes to the features and changes done in 0.9. We’ll also begin the work on Debezium 0.10, stay tuned for the details on that!

For further plans beyond that, take a look at our road map. Any suggestions and ideas are very welcomed on mailing list or in the comments below.

If you’re just about to begin using Debezium for streaming changes out of your database, you might be interested in join us for the upcoming webinar on February 7th. After a quick overview, you’ll see Debezium in action, as it streams changes to a browser-based dashboard and more. You can also find lots of resources around Debezium and change data capture such as blog posts and presentations in our curated list of online resources.

Gunnar is a software engineer at Decodable and an open-source enthusiast by heart. He has been the project lead of Debezium over many years. Gunnar has created open-source projects like kcctl, JfrUnit, and MapStruct, and is the spec lead for Bean Validation 2.0 (JSR 380). He’s based in Hamburg, Germany.